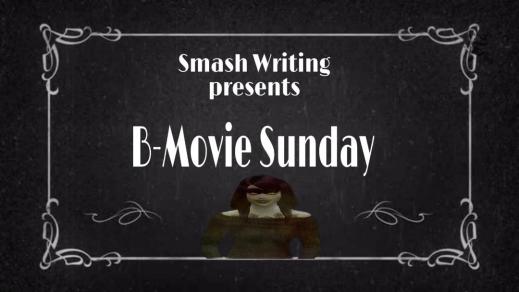 Hello and welcome back to this weeks B Movie Sunday. Took a bit of a break from this series and when I saw this movie. Thought it was going to be a fun little ghost killer movie, and well, that couldn’t possibly be further from the truth. Proving to be a wild and one of the more darker movies I have seen in quite some time. Lets jump and discuss shall we, and see if it was worth while and if I would suggest it shall we.

We open with a bit of a flashback to when the hotel was open, and we see a Mom in a lawn. Not paying attention to her Daughter, who chases a rabbit out into the road, and gets hit by a car. Then we get a fast track of the hotel becoming dilapidated and we jump to a group of college kids in an RV. Arguing over a shortcut that Kyle took. Off the bat, we find out that three of them are keeping some sort of secret, and coming out at the store. See one buying a pregnancy test, a pill popper, and one is cutting herself. After they leave, they run into a road closed sign, and in a fit to make up. Kyle ends up flipping the RV and after the quickest walk in the world. Corey and Spencer finds the abandoned hotel and they decide to hold up here till the morning and the store opens again. Right away, Megan takes the pregnancy test and discovers she is pregnant, and runs off crying. This was not a planned pregnancy and doesn’t understand how this happened. Telling all of this to her friend Rachael, who saw her buying the test, who opens up with a secret of her own. That she ran someone over when she was drunk and left the scene. Suppose to make it clear she wouldn’t tell anyone, but these two don’t really don’t even out, but more on that later. After she leaves, Rachael stays back for a moment. Broken up by her own memory, and the ghost girl appears. Leading her out into the road. Stunned by her injured and bloody face. Freezing Rachael up long enough to get hit by a car. Her friends find her dead and the driver is drunk and unconscious. Bringing him inside and Kori goes off to find something to fix him up with and that is where I will stop, not to refrain from spoiling anything, but because at this point, things start to run and nothing is ever as it seems.

The people who worked on this really didn’t want you to have any idea on what was happening next. Any time you thought you knew where this movie was going. It would immediately turn into and run into a vastly different direction. From the events after Angela’s death and what happened to her Parents. To your main cast of characters. Everyone having a horrible secret and the direction they went with them, and things just kept getting darker and darker. I can see some people looking at it as too much, but it worked well for me. It kept me curious and wondering exactly where this was going and how it was going to end. At some point, just had to give up and go along with it.

Casting wise, there wasn’t many who really stood out. They were alright. I did like Angel McCord’s Corey. Would have liked to see more of her. The fact that it seemed like she might play heavily into the ending later, but didn’t was a little frustrating. The one who did stand out for me, was Rileigh Chalmers. Creepy kids always freak me out, and she did a wonderful job as Angela. Especially, when she was just staring down Kyle while he was shooting up. Great job throughout.

I am kind of torn on the ending. Much like the rest of this movie, it is dark, and while I understand why. It kind of goes for how easily secrets can tear people apart and the grave consequences that their secrets have on one another, they may have gone a bit to far at the end. Not with Spencer, but with how Megan’s story ends. I already think she was the weaker of the three female characters, and could have used a slightly better ending.

Alright, got to talk about the little sharing moment between Rachel and Megan. Megan’s problem, while is a big one, is a far stretch away from hit and run. She is admitting to murder as a bonding moment. Megan’s secret is going to be outed in a few months, while the horrific thought of her friend killing someone is forever. Should have had this moment with Corey, so you can at least tell us what is going on in her life, and why she is hurting herself. Plus, her and Megan have that in common. Both are kind of suffering in silence and could have built them both up, and since you weren’t going anywhere with Corey’s Character anyways. Could have her run over and Rachel’s secret can come out with Spencer later.

With all of that said, would I suggest No Tell Motel. After thinking it over, I would, but with a bit of a warning. This movie, although short. Has more than its fair share of twists, and goes down a dark road, with an not so happy ending, and these movies are not for everyone. If you are, you may find some enjoyment in No Way Motel. I for one, did.

Thank you for reading.